What happens if I’m caught driving without a licence in Ontario? 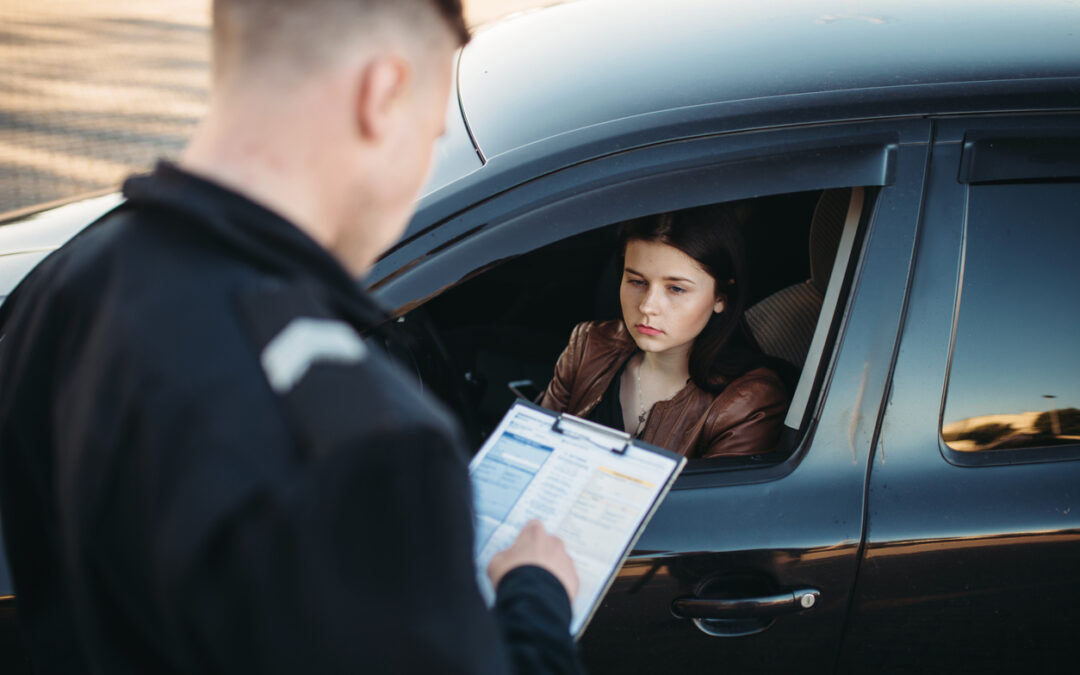 Imagine you have just popped out to the store to pick up your child at soccer practice at the local school. While waiting in the parking lot, you realize that you have left home without your wallet. Then the unthinkable happens…you get pulled over during a random police spot check and you’re caught driving with a licence.

Section 33 of Ontario’s Highway Traffic Act says all drivers have to carry a licence at all times while “in charge of a motor vehicle or street car.” In the example above, if you fail to produce your licence when requested, it is presumed to mean that you don’t have a valid driver’s licence. Therefore, it is up to the police officer to decide whether or not to issue you a ticket or a warning.

Should the officer decide to only give you a warning, you would still have to give your name and address to identify yourself. However, if the officer does decide to give you a ticket, it then becomes your responsibility to produce your licence in the court in order to avoid the punishment.

I am licensed, but don’t have it with me

In some cases, (like our example above) you may realize only after being pulled over that you have forgotten your licence. Even though you own a valid driver’s licence, you would be unable to prove this to the police officer.

Is there another option to having your licence card with you? Simply put, no. “The ministry (Ontario’s Ministry of Transportation) does not currently accept photos of licenses in lieu of the actual card,” the MTO clarified in an e-mail statement when asked if a photograph of the licence on a person’s phone would be sufficient to present to a police officer when a licence was requested. It would be difficult for the police officer to verify the photograph for authenticity.

Although you are a licensed driver, the burden of proof would still be on you to go to court to prove that you do have a valid driver’s licence.

Who is considered “unlicensed”?

Unlicensed drivers are drivers with an invalid licence because it was suspended, revoked, inappropriate, expired, cancelled/denied or drivers who have not gone through the process necessary to obtain a licence. Any driver who is driving without proper qualifications is considered unlicensed. In Ontario, 2,000 fatal and injury crashes occur each year involving unlicensed drivers. According to the MTO, approximately one in 14 fatal crashes involves an unlicensed driver.

What happens if caught driving without a licence in Ontario?

It is against the law to drive without a licence. The Criminal Code of Canada states it is illegal for a person to operate a vehicle when they are not qualified, however, each province in Canada deals with the issue differently.

In Ontario, if drivers are caught with an invalid licence or inability to show proof of said licence, their vehicle is impounded for seven days (this includes a novice driver who is violating the GDL restrictions). The Ontario Highway Traffic Act specifies “driving without a proper licence as an offence with a fine of at least $200 and up to $1,000. Novice drivers will have their licence suspended if they breach any of the GDL program requirements.”

I forgot to renew my licence and now it is expired

Many people rely on notices from ServiceOntario to remind them to get their driver’s licence and licence plate stickers renewed. But what happens if the renewal notice never comes? What if you have received a notice and then forget about it? You’ve recently moved and forgotten to change your mailing address? These are quite common scenarios that happen frequently. As a result, you could end up driving with an expired driver’s licence.

Typically, your driver’s licence expiry dates are synced up with your licence plate sticker expiry. If your sticker is expired, you could get fined an additional $85.

Should you let your licence stay expired for too long, you’ll have to restart the licensing process from the beginning. If your driver’s licence has been expired for more than three years, you’ll have to reapply for a licence and meet all the requirements of graduated licensing, including passing the G1 and G2 tests.

Consequences of driving without a licence in Ontario

To be legally allowed to drive, you must hold a valid licence of the appropriate class for the vehicle you are driving. This rule applies to anyone driving a motor vehicle without a valid driver’s licence. If you have been issued a driver’s licence that has now expired and you do not renew it, you could be guilty of this offence.

Upon conviction of driving with no licence, the different penalties are:

There are two different types of “driving without a licence” situations. The first one is driving without ever having a licence before in your lifetime. Driving with a licence that is suspended or revoked is the second scenario.

Driving a motor vehicle with no licence

Under Ontario’s Highway Traffic Act (HTA) section 32(1): “No person shall drive a motor vehicle on a highway unless the motor vehicle is within a class of motor vehicles in respect of which the person holds a driver’s licence issued to him or her under this Act.”  R.S.O. 1990, c. H.8, s. 32 (1).

Charges related to driving while never having applied for a driver’s licence will often result in a ticket, which is regularly argued in court. Tickets carry a $260 court fine plus a $5 court cost. While you would not earn demerit points, it would still result in a record of the conviction. That record could then be the reason for a higher cost of auto insurance in the future if you do decide to get your licence.

Driving with a suspended licence

The government, court and/or the Ministry of Transportation of Ontario can suspend your driver’s licence for a variety of reasons, including demerit points and impaired driving. The full list can be found on the MTO website.

Every person who drives a motor vehicle while their driver’s licence is suspended is guilty of an offence, and if convicted could face:

Licence suspensions mean that the driver is banned from driving a motor vehicle on the roadway for any reason in the province of Ontario.

The effect on car insurance rates

If you have been pulled over without your driver’s licence and charged, this offence will stay on your driver’s abstract for three years. It could significantly raise your insurance premiums. Why? Because insurance policies are written with the condition that you are authorized by law to operate a vehicle, which means having a valid driver’s licence. Should you get into a car accident while your licence is not valid, your insurance company could refuse to cover the damage. Unfortunately, you could then be personally responsible for any property damage and personal injuries out-of-pocket. If you are injured by another driver, not having a valid licence could also prevent you from being able to sue an at-fault driver. Additionally, if you get a ticket for driving without a valid licence, it could increase your car insurance premiums, costing you more in the long run.

FAQs about driving without a licence in Ontario

Can you own a car in Ontario without a driver’s licence?

Without an Ontario driver’s licence, you will not be able to buy a car or even get car insurance in Canada

What are the rules in Ontario for borrowing someone’s car?

As long as you’re licensed to drive in Ontario, you can operate someone else’s vehicle. You must receive their explicit permission to operate the vehicle because simply knowing they wouldn’t mind is not enough.

Can I renew my licence online?

Renewing your licence in Ontario is easy if you don’t need a new photo and don’t have any outstanding fines. As well, if you don’t need any tests (vision, written or road) and you have a full G, D or M licence, you can renew online. If you can’t renew online, you can go to any ServiceOntario centre to renew. Find more information about renewals on the ServiceOntario website.

Can I drive with a temporary licence?

When renewing your licence at a ServiceOntario branch, you will be asked to sign the form, show identification, pay a fee and have your photograph taken (if necessary). A temporary licence will be issued to you on the spot if your documents are in order. Your permanent one will be sent to your mailing address. The temporary licence must be carried with you whenever you drive. If/when a police officer requests to see your driving paperwork, the temporary licence is considered valid until your permanent licence arrives in the mail.

Do you have 24 hours to produce your licence in Ontario?

It’s a myth that you have 24 hours to produce your licence. You are required to have it on you while driving, period. Police officers always have discretion, but it’s a $110 fine in Ontario for not producing your licence when asked. The court may cancel the ticket, but only after you’ve gone through the hassle of showing up with it in court.

Does a suspended licence stay on my record?

Yes, for three years. If your licence is suspended, that information stays on your driving record for between 90 days and three years, depending on the severity of the offence.

How long does it take to get your licence in the mail?

Your new driver’s licence will be mailed to you within 4 to 6 weeks from ServiceOntario.

What’s the cost of reinstating my licence?

The cost to reinstate your licence once it has completed its suspension time frame is a $281 reinstatement fee. This does not apply if your licence was suspended for a medical reason. Applicable fees for the written and road tests should also be noted if you need to take them.

Driving in Ontario is considered a privilege, not a right. Just because you have passed your test and paid your MTO fees, doesn’t mean that you will always have driver’s licence. To protect Ontario citizens and promote safe driving, the province has strict laws regarding individuals who drive without a valid licence. I you make the decision to drive without a licence, it can come with great risks. Penalties can vary from demerit points and hefty fines to possible jail time. You may also see an increase in car insurance premiums as a result.

Remember, your insurance policy is only valid if you are authorized by law to operate a vehicle, meaning a valid driver’s licence. Speak with one of our isure brokers today about how your premiums could be affected if caught driving without a driver’s licence in Ontario.

Related articles:
How to renew your Ontario driver’s licence and registration documents during the pandemic
How do driving tickets affect my insurance rates?
Demerit points in Ontario 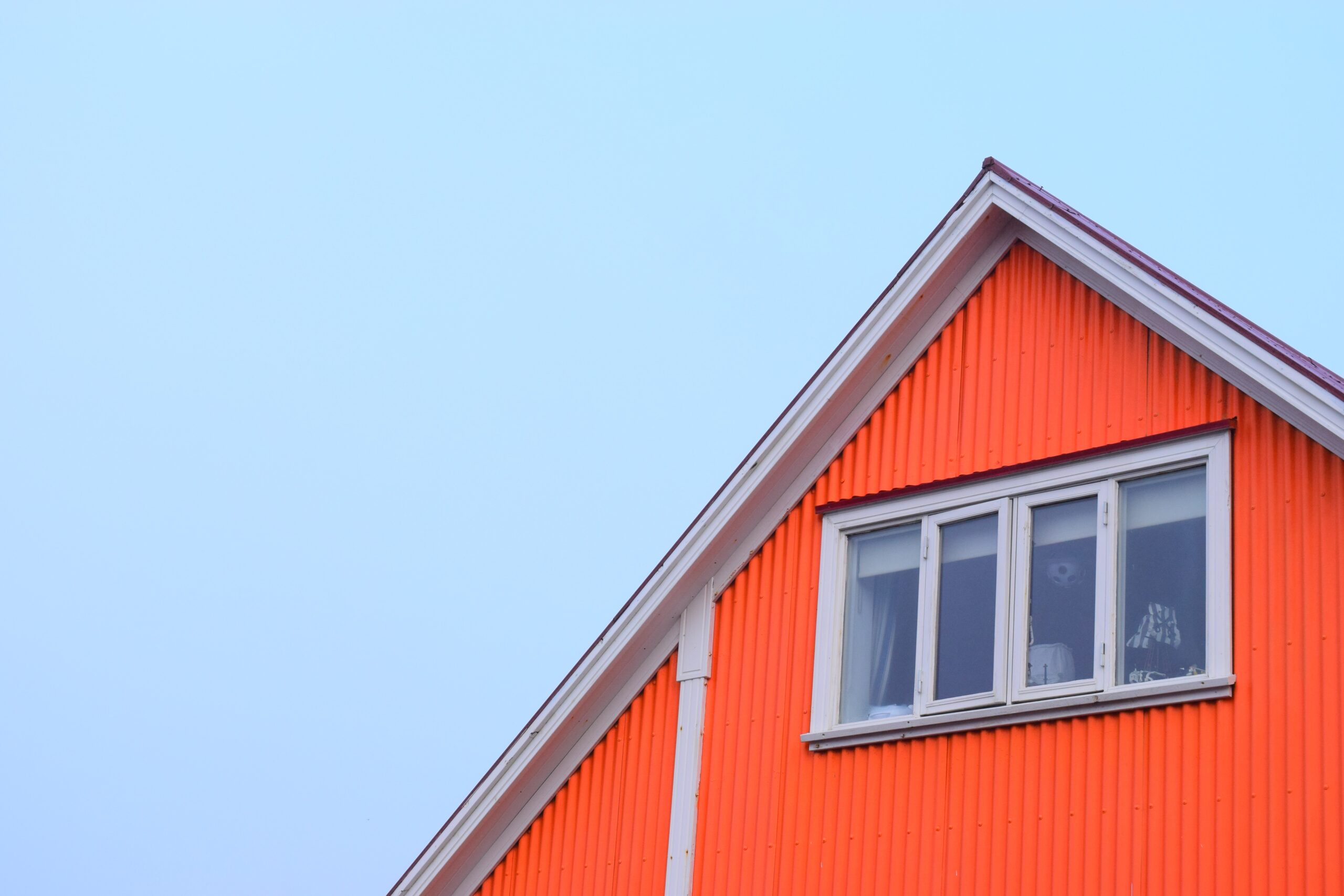 The difference between Renters and Homeowners insurance 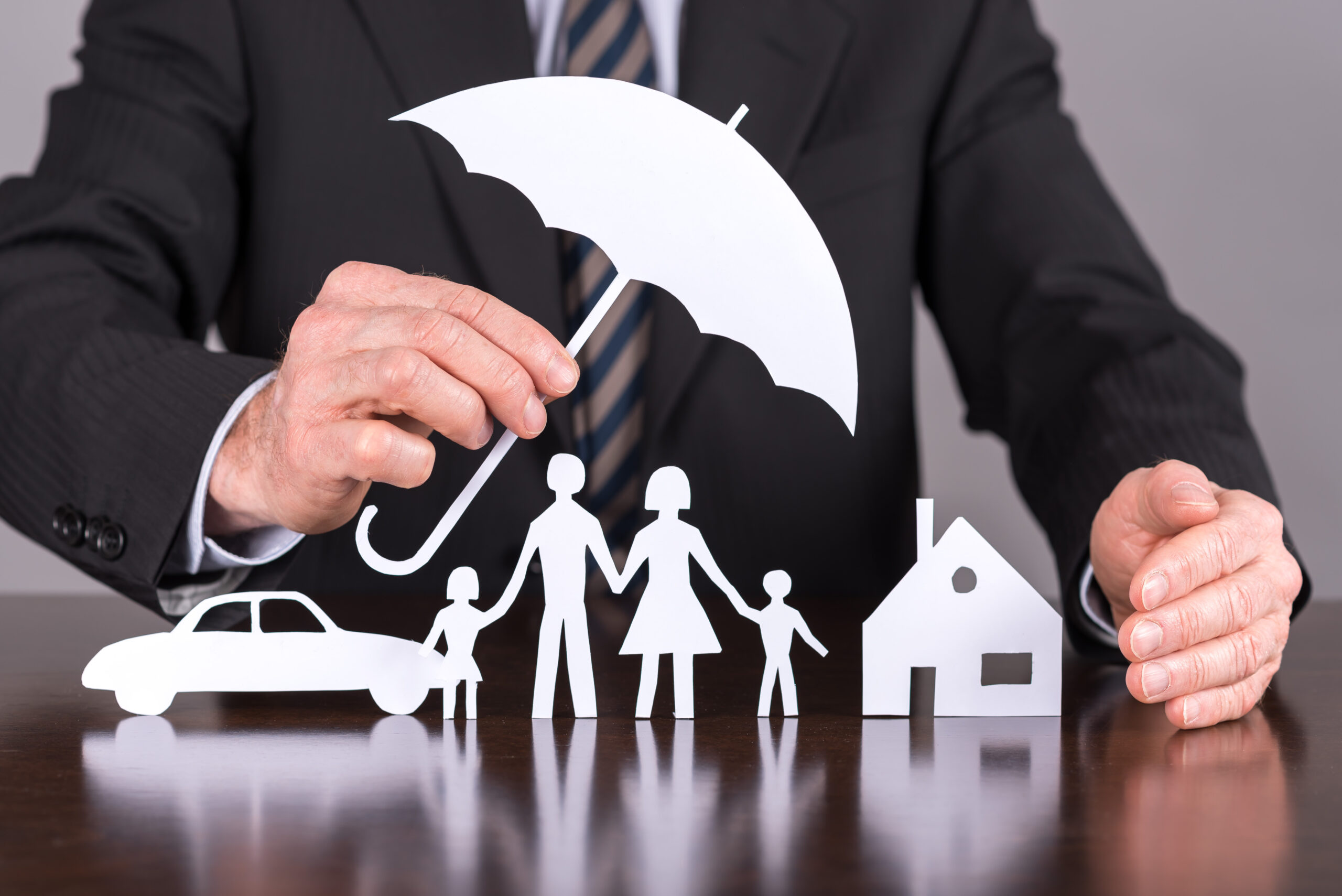 Your FAQs about insurance brokers, answered 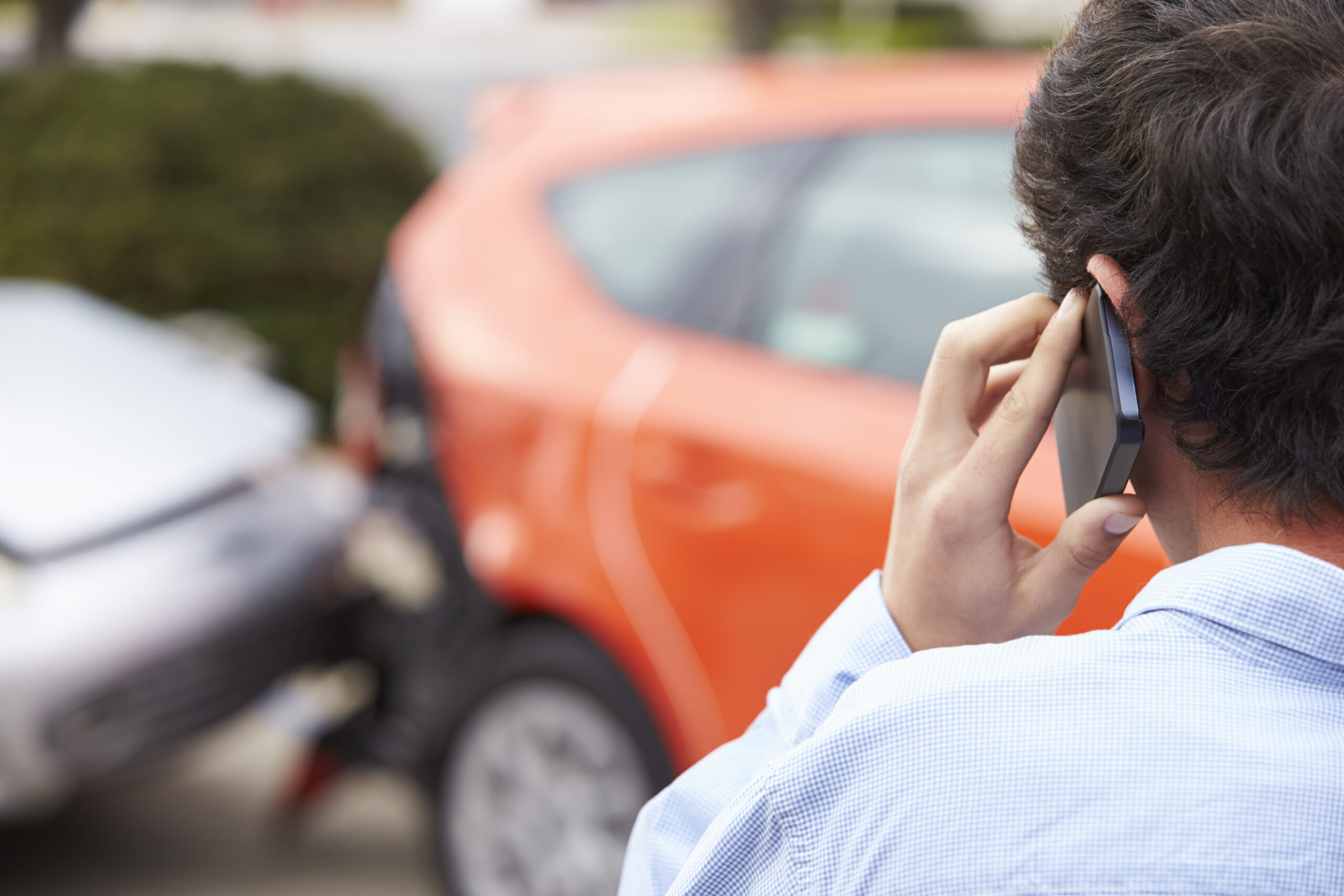 What is no-fault insurance in Ontario?

What would you like to do?
QUOTE
LEARN MORE

Bundle with your auto for more savings? You could save up to 15%!

YES
NO
Great!
What Would You Like a Quote for?
Get my Quote
Speak to a Broker

Bundle with your auto for more savings? You could save up to 15%!

YES
NO
What would you like to do?
QUOTE
LEARN MORE

Would you like to bundle your quote with your Home, Condo or Tenants policy? You could save up to 15%!

Would you like to bundle your quote with your Home, Condo or Tenants policy? You could save up to 15%!

Yes, please send me free quotes in advance of my next renewal.